Before 2016 started, Bilbao looked like an excellent option for spending the last days of 2015…However, after watching amazing pieces of Art in Guggenheim Museum Bilbao in Spain was an interesting experience… In few days I had the opportunity to experience the effect of time while I had been walking through small streets and corners in different cities like Madrid, Marbella, Bilbao…it was amusing every chance I had to see a memory appearing with songs, traditions, food, especially when we must start a new year.

Throughout magazines, journals, newspapers, I always read details about the vision behind Guggenheim building design in Bilbao… Everything was weird, I was ready for the worst weather but I was lucky enough to enjoy one of the best temperatures. The people repeated all the time how we should have exposed to lower temperatures at this time of the year but it did not happen until the last days of December, when rain took its place as part of an expected winter atmosphere. I missed it this year but I really enjoyed walking next to Estuary of Bilbao. Even when we were not in Netherlands, which was one of the best jokes I heard about my way of finding my way to go around and come back to my hostel… one option really useful if you are terrible for finding street names or determined the right way to put your iPhone while you are trying to identify which is the right direction to walk until you could find the place where you planned to go…

Everything looked like the place I was thinking to  while I was planning to visit this part of Spain. It was really interesting and exciting…Especially, when citizens in this area has been experienced a strong vision against  belong to Spain in the future. Particularly, after this crisis when they could not reach the proper balance between what they provide to government for keeping a proper standard in their public service. This scenario made them desire more control over their resources, which is comprehensible but leaving behind any attachment to Spain looks, a little bit, extreme from the outside. 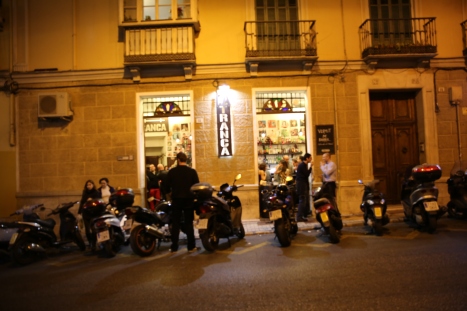 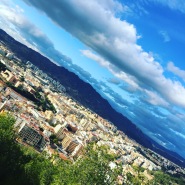 Especially, when there is not a clear path about how this complete independence would affect the relation with European communities. Their efforts of being independent had a long story behind them but younger generations looked really committed to provoke any kind of change meanwhile they would be able to transform the political arena in this country. This auspicious environment gave Podemos and PSOE an opportunity to change the discourse while their members  are trying to determine as part of their responsibilities to offer better alternatives in public service and Governmental administration.

If we need to understand what is the main impulse in this change, we could not think anymore about novel use of rhetoric, Spain is confronting a generational clash, which means the only way for Conservative parties to be able to compete is giving space to new faces and ideas. Young citizens are tired of seeing the same problems and the same faces…this is not a political crisis motivated by extreme contrast between left or right parties. It had been motivated more for a desire of seeing a transformation. Under these circumstances, even excessive projects as having a Spain socio-economic and political divided would make people interested to express their vision and opinion about the positive and negative effects from this decision.

The question is if this type of extreme changes would hurt more Spanish economy. At least, members from different parties had seen the risks of having a lack of commitment with citizens well-being. At this moment the actions from experienced policy makers is the real point of discussion. It is not time for words, Spanish citizens looked attracted to actions and decisions, sometimes even if they could be dangerous. Perhaps, these results had provoked everybody feel scared about the alternative of promoting an attractive “Populisme” through vain promises just for gaining recognition or followers, which in Spanish environment would influence bad outcomes for politicians. I do not believe words would be enough for calming a looking-forward attitude that members from PSOE, Podemos, Popular Party (PP) are showing, especially, when they do not want to be in the middle of hurricane if the things do not work as they had promised. That is the reason of taking so much care about decisions but it would provoke damage if they keep for long time in this comfort zone, where they did not cause trouble but at the same time, they are not able to do anything else than losing time, which is a high price everywhere, and it could cost them Spaniards support. 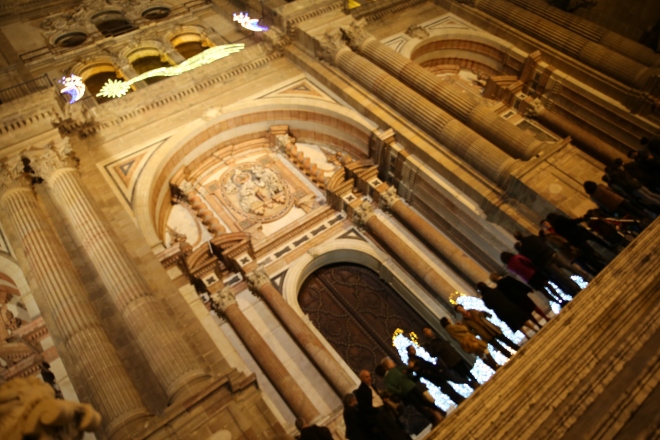 Even when this travel was not only caused by having the last news from the political Spanish sphere, the truth is time was an interesting influence through this journey. I realized how the past influence in your present… I was curious to see Picasso hometown. I am not going to deny that my approach to Picasso’s work was indirect. First, I watched through magazines pages her daughters’ work, Paloma Picasso, and she always called my attention with her portraits full of chiaroscuro…Enigmatic, strong, with a veil of mystery when she shows herself under this Garbo’s allure. I remembered I thought that was really amazing at that time…but the explanation about her ways or her interest to provoke with this image arrived a few years later. I could not recall the magazine or the name of the article but she told she must use this approach because Picasso was a strong name and it represented so many ideas of Art that she did not want to be surpassed by it. She only wants to express her own vision.

Under these circumstances, I could say I met an amazing artist through her daughter… At the beginning, I remember her father’s lines did not look really attractive but they still communicate and make you feel emotions, which is undoubtedly, the main purpose of an Artist…move you, make you feel something, anything…In his case, he always loves to do that. Using female bodies, faces, I took time to see every piece in Malaga but seeing the building where he lived had become an impossible as well as watching ‘Guernica’ in the Museo Nacional Centro de Arte Reina Sofia. It is common that if you appreciate an artist, people started to believe that you support her perception about everything but I do not believe that. Although I think an artist must express an idea and make you think, beauty is necessary but having the opportunity to think or analyze our reality is basic to do something about it.

The only word for describing Malaga is the beauty behind what different centuries, cultures, faith and societies had left behind. Finding pieces of Arts in every corner. How people had been inspired to work for offering their best work dedicated to God, let us recognize today the value of those efforts, most of the time you could not believe the time these artists spent to create and how their work still influence new creators or artisans. Staying here let me be sure that Picasso would not be able to stop an inspiring place like his city motivated him to follow a career dedicated to paint, draw, sculpt and printmaking.

They have here that type of atmosphere, an as everybody knows a city nearby the ocean is more beautiful and pleasant…Later I choose to visit The Alcazaba of Malaga, a palatial fortification, which was used in different centuries to protect the citizens because it offers the best position for seeing enemies and attacked them from land. First, it was used as an Atalaya in phonic-punic era. Through the walls of Gibralfaro Castle (Castillo de Gibralfaro) you are able to find details about the main elements of Mediterranean food like ‘La Vid’, Laurel, Cypress, Olives, The Seasons and other elements, which we still consider important today. I think I really liked this part of my trip because you could walk long time easily, a blessed in Christmas time when everyone is running around to find the perfect present to their families. Now, I am expecting for Three Wise Men celebration tomorrow. It would be interesting to write about what I found in my previous days while I visited some museums in Madrid and Bilbao.