Between the new exhibition inside the NGV’s world which appears as a Christmas gift Esche x Nendo Between Two Worlds presents nearly 160 of Dutch artist M.C. Escher’s works. This exhibition plays with the regular optical illusions of how we see the world in different perspectives. This exhibition has been designed for the NGV by Japanese design studio, nendo.

The exhibition features Escher’s most iconic works, including Day and Night, 1938, a woodcut representing black and white birds flying over a Dutch landscape of exactly mirrored towns, fields and waterways; and Snakes, 1969, Escher’s final masterpiece created three years before his death in 1972 at age seventy-three. Other famous  Escher works in the exhibition include Up and down, 1947, Drawing hands, 1948, Relativity, 1953, and Waterfall, 1961. 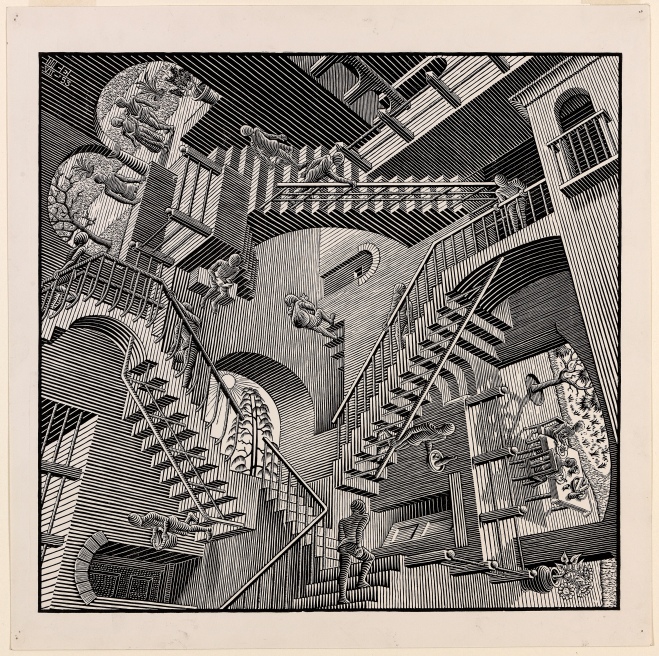 I believed mirrored towns can easily confirm the changes in the weather in different part of the worlds. Even younger students had been protesting in the streets about Environmental change as well as Adani’s mine works in Queensland, which is not anymore a 10 billion project but it is going to work as a 2 billion independent project, where local government is not involved at all.

Sadly, it was quite ironic the diffusion of information took place the same day a 14 year-old boy died in an accident provoked by an unbearable storm in New South Wales, which caused floods, and multiple damages across different suburbs, particularly, those located in North Sydney. The damages provoked by the Sydney storm let $10 million in damages. 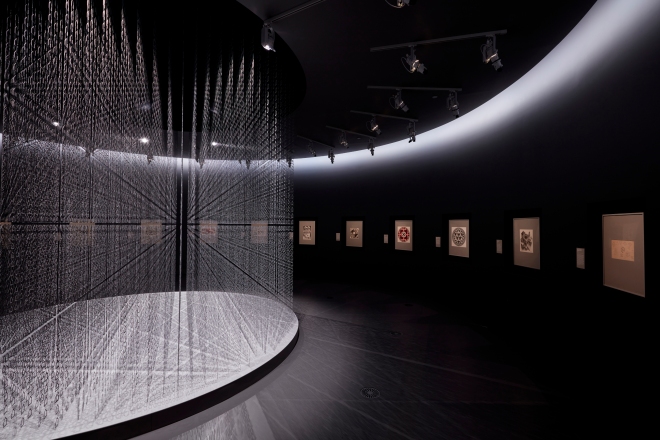 Considering these facts, even when some parents could believe that kids must remain in school and avoiding taking part of political partisanship, the truth is these kids are going to face all the consequences from adults and politicians’ unconscious choices about Politics, Environment and Climate change. In that sense, even if some adults could believe could study more, the truth is they should also be concern about what is the future of the Earth we, adults manage resources each day. 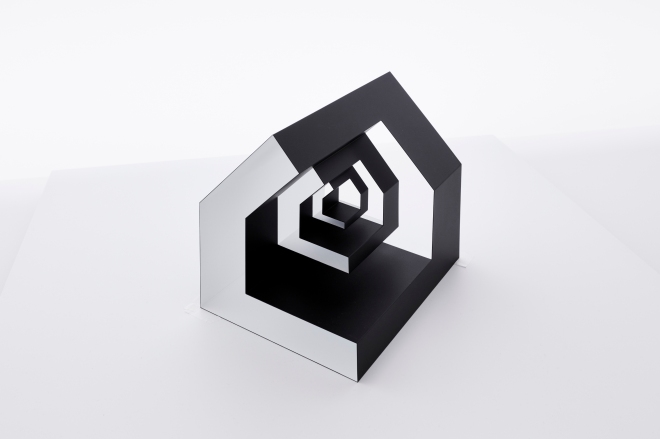 There is popular slogan about Visa saying Life takes Visa is something which lives inside us and we believed that we can charge environmental security as we do with our money and sadly, that is not true or even possible. We had already excessively charged so next generations should be not only involved as partisans but as a collective pressure because they will need to survive the consequences of Climate change. When they grow up here or in any place located in our world there will not be mom or dad to do it. Furthermore, they are protesting for their own sons and daughters, if they are lucky enough to see them grow.

Perhaps, Nendo showed a good example of a political illusion throughout his painting with white and black birds. No matter if you live in a developed or underdeveloped economy, each time one of those birds or kids fly to one place or another, they will face the same global consequences. It is reasonable those birds whistle a song against climate change, which is truly worst than homework as one of the protesters exposed in a cardboard during the protest in Martin Place last Thursday.

Perhaps, Environmental measures should be more relevant for the G20 meeting which is happening right now in Argentina, rather than the ‘high five’ between some world leaders.